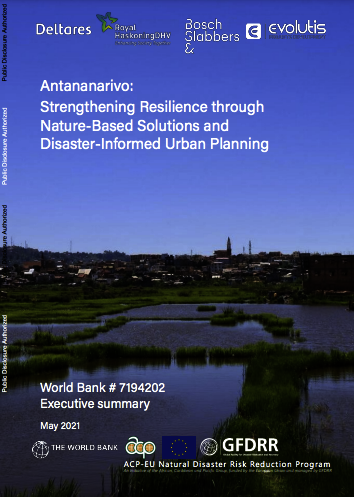 The inhabitants of Antananarivo, the capital of Madagascar, are struggling with diverse water-related issues, like pluvial floods and water pollution, which are particularly impacting the most vulnerable communities within the city. Frequent flooding affects thousands of poor urban dwellers on an annual basis, with negative consequences for lives, livelihoods, poverty and health. The government of Madagascar acknowledges these issues and has partnered with the World Bank in the Integrated Urban Development and Resilience Project for Greater Antananarivo (PRODUIR), which is being implemented between 2018 and 2023. The project development objective of PRODUIR is to enhance urban living conditions and flood resilience in selected low-income neighborhoods of Antananarivo, located predominantly along the floodplains of the Ikopa river. Nature-based Solutions (NbS) can be an effective way to reduce flooding while bringing a range of potential co-benefits to urban dwellers, providing a resilient and inclusive solution. This study contributes to the PRODUIR’s objective by identifying and analyzing potential options for NbS to reduce flooding in the project area, and by identifying options for effective disaster evacuation from flood-prone areas. The results of the study are organized in three parts: (1) an evacuation and shelter strategy for the project area; (2) a plan integrating NbS and disaster evacuation for three pilot sites; and (3) recommendations for the implementation and upscaling of the proposed measures. 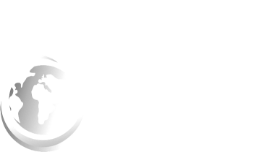 © 2020-2022 The Global Program for Nature-Based Solutions for Climate Resilience. All Rights Reserved.